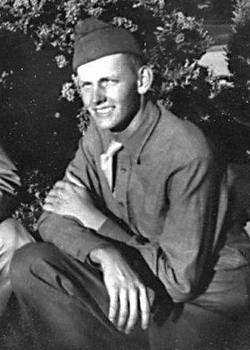 Biography:  Donald Arthur Rabe, "Don", was born on October 13, 1924, in Maywood, Illinois. He was the son of Friedrich Augustus Rabe and Elsie Frieda Luecke and attended Proviso Township High School in Maywood, Illinois, graduating in 1942. He worked as a pin setter in a bowling alley and as a mechanic's assistant prior to the war.

Service Time:  Don entered the service, and after his initial training, was assigned to 2nd Platoon, Company C of the 640th Tank Destroyer Battalion. His military specialty was assistant driver/radio operator. The unit trained at Fort Lewis, Washington, and then Camp Stoneman, California, before shipping from the San Francisco port on September 4, 1942. They arrived on the Island of Kauai, Hawaii, where they received their M3 GMC Tank Destroyers.

Don's Company C was sent to Maui for some period, and on June 30, 1943,the battalion was re-equipped with the M10 tank destroyer. They only had them until September when they were issued the towed 3"gun. The battalion then moved to Fort Hase, Oahu, and continued their training.

The 640th shipped out from Honolulu on January 20, 1944, and arrived at Guadalcanal on February 5th. They then shipped to New Britain on April 30th and arrived at Cape Gloucester on May 3rd. Portions of the unit went on special duty at Talsea in July but were back in early September. In October, the unit again received M10s and after a quick refresher, left New Britain to participate in the Luzon campaign in December. 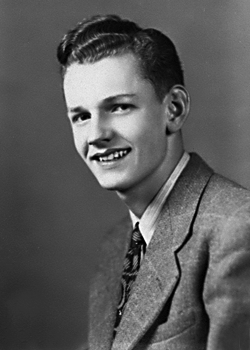 Landing in Lingayen on January 9, 1945, they were attached to the 40th Infantry Division, and later to the 1st Cavalry at Guimba. The Reconnaissance Company captured Cabanatuan Prison and on April 1st, the battalion left from Manila and arrived at Mindoro on the 4th. They were now attached to the 24th Infantry Division. Companies C and Recon. left Mindoro for Parang on the 12th but the rest of the unit didn't follow until the 24th.

Portions of the unit went to Talomo in May with the rest of the unit arriving by the end of the month. The 640th received credit for the campaigns of Bismarck Archipelago, Eastern Mandates, Luzon and Southern Philippines. 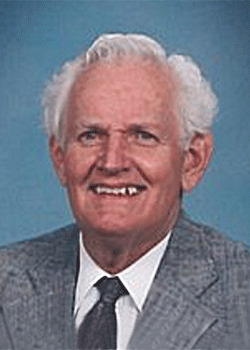 Don returned to Maywood and on November 16, 1946, he married the former Alverne Lydia Bihler "Verne", who was born in Chicago. She was the daughter of Waldemar A. Bihler and Dora E. Teske. The new couple had two children, Bruce, born in 1951 and Jane in 1957.

Don worked at a number of Illinois companies including the Chicago Rivet and Machine Company, the Aluminum Company of America, the American Can Company, the Argonne National Laboratory, Rice Engineering, and Plastofilm Industries. His fourth and last job was with the Argonne National Laboratory from 1961 to 1973 and 1974 through 1986, which was when he retired. In 1993, Don moved to Loveland, Colorado.

In his spare time, he enjoyed reading, travel and computer games. He was also a member of the Immanuel Lutheran Church in Loveland. Don passed away on January 10, 2015, and his body was cremated. I want to thank Don's son, Bruce, for providing the information and photos for this tribute.